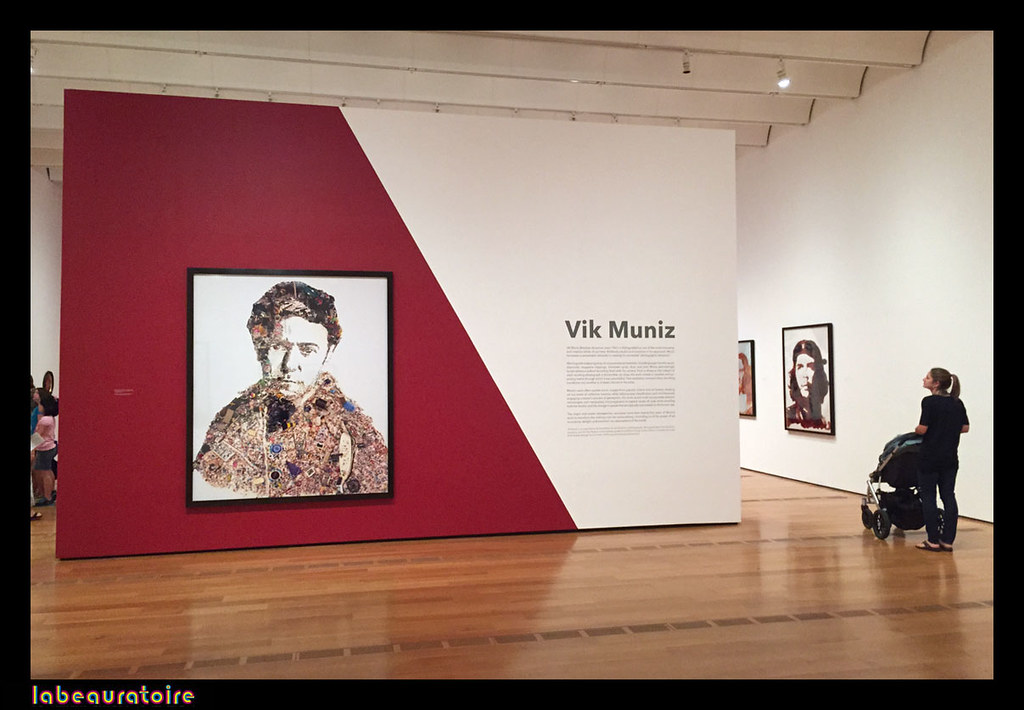 Now on exhibit until August 21, 2016 at The High Museum of Art in Atlanta, is a retrospective including more than 100 photographs by the Brazilian born mixed media artist Vik Muniz.

He has such a warm and enthusiastic manner. At the media preview, he expressed his overwhelming joy at seeing museum-goers actually taking close-up notice of all the unorthodox materials he used to create his artworks. Even the youngest child can find something in his work that brings them pleasure and perhaps engages them into taking an interest in the world of Art. 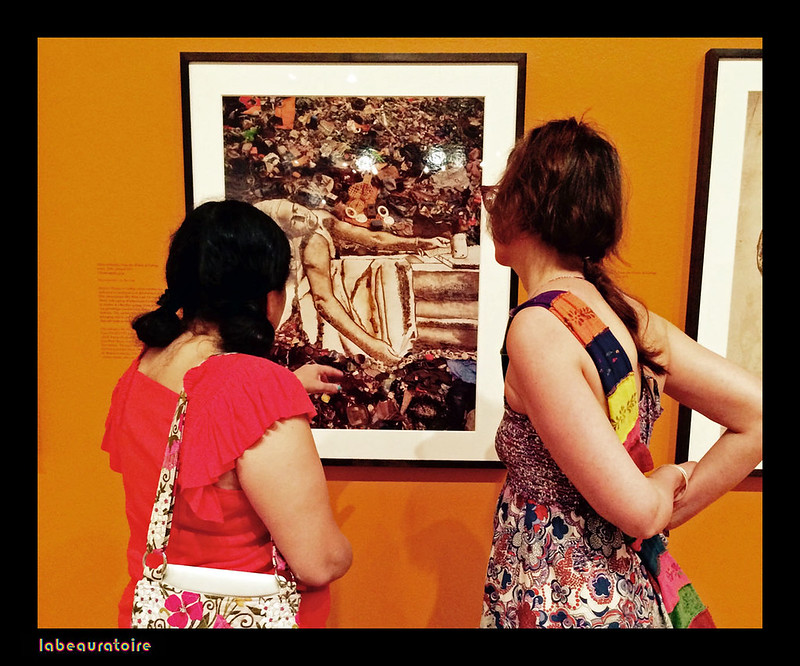 The writer, Karen Rothstein with artist Muniz in front of his Self-Portrait: “I Am Too Sad to Tell You”, after Bas Jan Ader, from the “Rebus” series.

Muniz is known for trying to create a sense of wonder and intrigue within his photography. The way he creates each piece is unique, adding a plethora of unconventional items in the process of making each finished photograph. These things that you might be familiar with in their proper place, will all come as a surprise in his art. Things such as: tiny childhood toys, garbage, torn pieces of magazines, diamonds, food of all sorts, etc…. It is easy to see the artist has a playful sense of humor. The different textures and sizes of his working canvasses make each finished photograph very unique. For example, one project included large-scale drawings made by bulldozers on a construction site, while other images were made by assembling small pieces of garbage or tiny toys and then photographing them from above, to reveal the intended scene that he pictured in his head before it all started. Be sure to watch the video in the gallery, showing how he created “Mother and Child” from the “Pictures of Garbage” series. 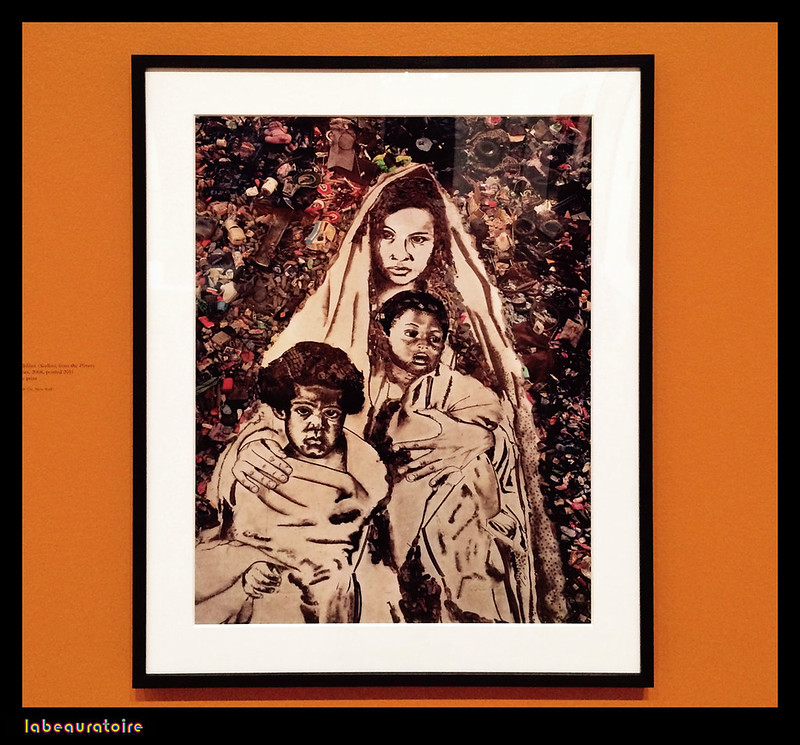 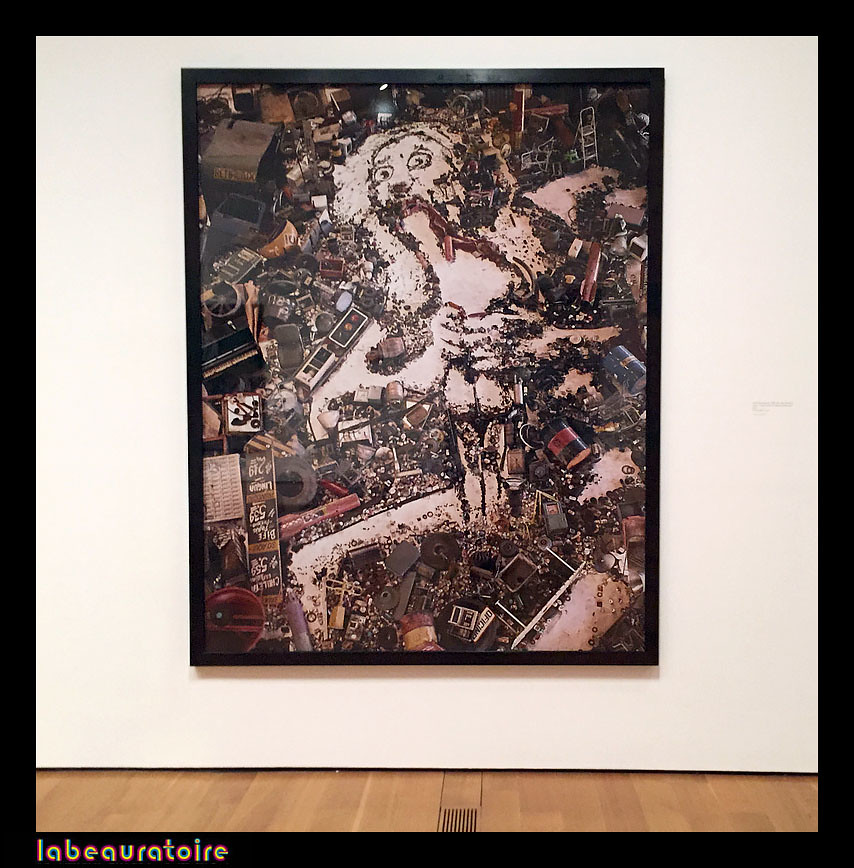 Vik Muniz – “Saturn devouring one of his sons” after Goya, from “Pictures of Junk Series.” 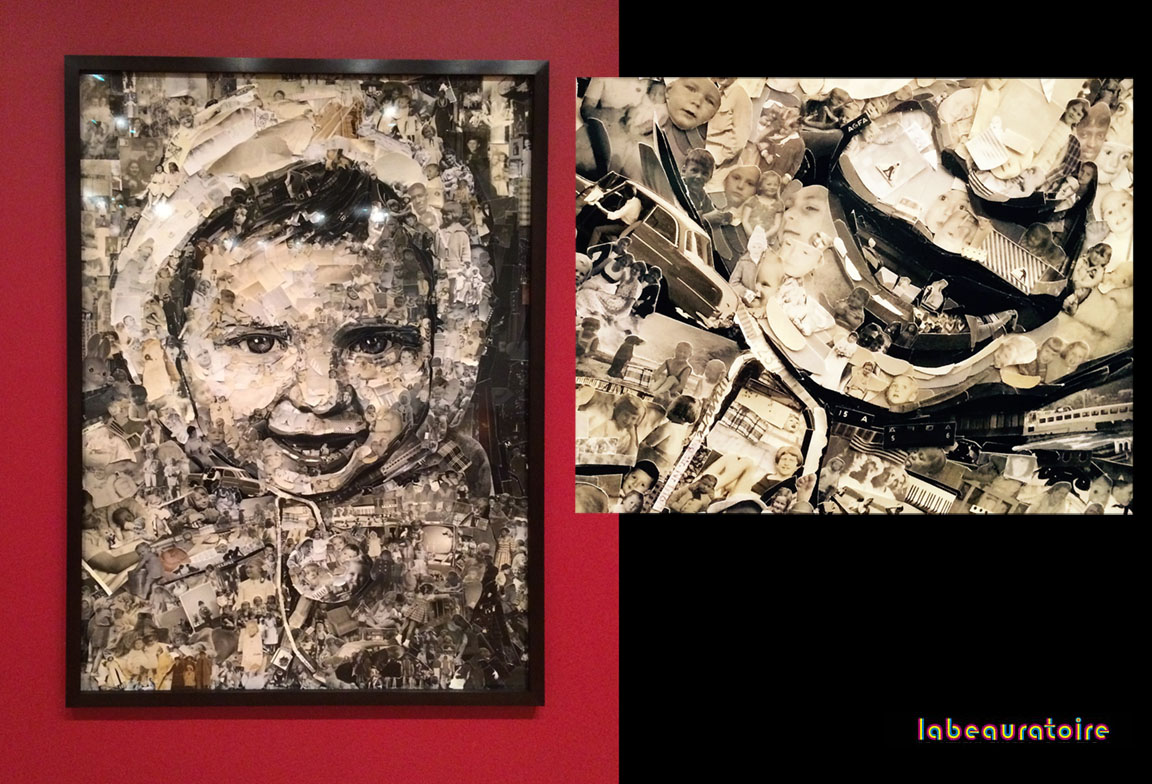 Vik Muniz – “Vik, 2 Years Old,”  from Pictures of Album series (representing one of the few pictures from his childhood)

Before moving to New York as a young man, Muniz was brought up in a working class family in Brazil while the country was under a strong military regime. People couldn’t speak their mind and times were hard. To this day he stands up for the underdog and addresses issues of social justice, and several of the works on display express the depth of his feelings.

Vik Muniz – “George Stinney, Jr.” from “Pictures of Album” series  (Stinney was convicted at a flawed trial in 1944 at the age of 14 in South Carolina.) 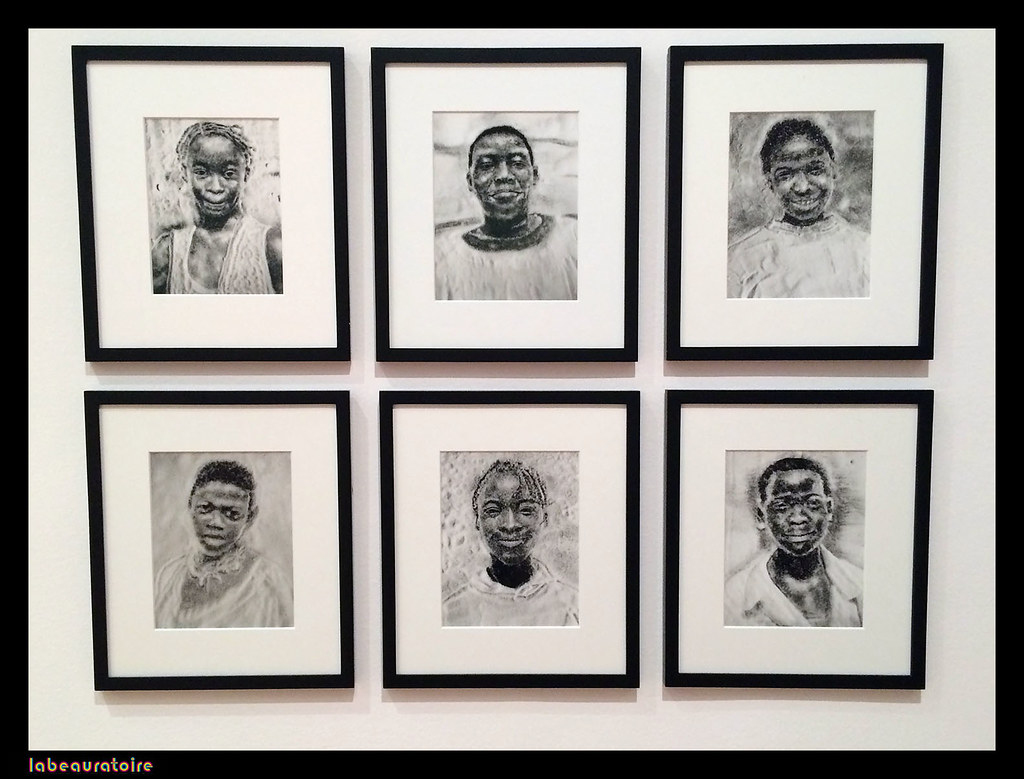 Vik Muniz – Six children from the “Sugar Children” series (Children from sugar plantation workers who played in the sand on the Island of St. Kitts).

Muniz really loves to use all different textures and is intrigued with color pigmentation as seen in his wonderful rendering of Gauguin’s “Day of the Gods”. Look close, the colors and textures comes to life. Vik Muniz – “Mahana No Atua” (Day of the Gods), after Gauguin, from “Pictures of Pigment” series.

Muniz is primarily working in series these days, but he started out in the 80’s doing sculpture. A fine example is on display, be sure to few his Mnemonic Vehicle (Ferrari Berlinetta) a composite of polyurethane, plexiglass and aluminum, portraying a nearly life-size Ferrari automobile as a massive matchbox car.

The Artist is a true master of creativity and composition, his work has been on display the world over. He currently works in  New York City and Rio de Janeiro.

This exhibit is a wonderful one and will make for great discussion with family and friends in days to follow. 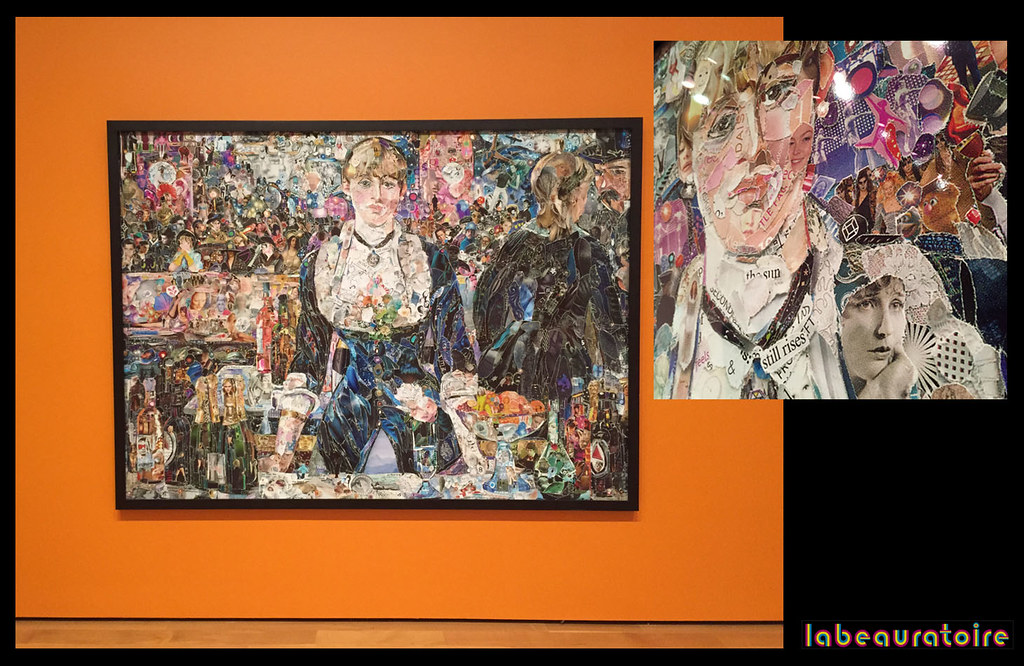 Vik Muniz – A Bar at the Folies-Bergère after Édouard Manet, from the Pictures of Magazines 2 series.

The Vik Muniz exhibition runs through August 21, 2016 at The High Museum of Art in Atlanta. Visit www.high.org for more info.

Photographer • Artist • Journalist • Archivist • Vandal END_OF_DOCUMENT_TOKEN_TO_BE_REPLACED
This entry was posted on Sunday, May 22nd, 2016 at 6:58 am and tagged with art, Atlanta, collage, exhibition, gallery, High Museum, Labeauratoire, museum, photographer, photography, review, USA, Vik Muniz and posted in Gallery / Exhibition Review. You can follow any responses to this entry through the RSS 2.0 feed.
« On the street in: Key West
Basquiat: The Unknown Notebooks »